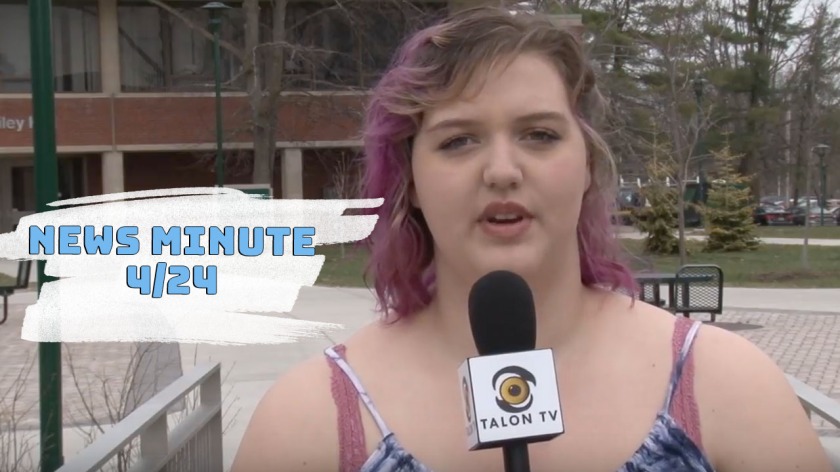 Governor Andrew Cuomo proposed a bill to ban single use plastic bags in New York state. The announcement of the bill comes on April 23rd one day after earth day. If the bill is to pass New York will join California as the second state to ban plastic bags.

Tonight there will be a community conversation on Interfaith Relations. The event starts at 4 and will be held in eagle’s lookout. Some of the topics for the event include communication, compassion and respect.

Meet the Candidates! @bsgstudentcourt New positions are available within Brockport Student Government. Two groups are running for President and Vice President, while two people are running for Treasurer. The interviews are available on our YouTube page. @bsgbuzz @brockport #Candidates #NewCandidates #Vote #VotingMatters #BSGPositions
Talon is helping out the business department, so be on the look out for a video from the School of Business and Management (SOBAM) soon. #SOBAM #SchoolofBusinessandManagement #SUNYBrockport @bportbusiness @brockport
We have new content on our YouTube page. For our #ThrowbackThursday @ksauer_1999 covered games from @sunyacsports @brockport_mbb ‘s road to the SUNYAC title. This video includes highlights from the SUNY Oswego and SUNY Brockport matchup. Check it out!
This is Susan B. Anthony’s grave located at Mount Hope Cemetery, in Rochester, NY. Don’t forget to vote today. Your vote matters.
Congratulations to our station manager and directors for graduating🎓🎉 We can’t thank you enough for all that you have done for the club. We are so proud of you and wish you luck. Talon will miss you all! 💛💚
Congratulations to our news director Alaina Jonathan who starts her new job as a reporter at WICU/WSEE in Erie, Pa. at the end of May. Congratulations Alaina, Talon will miss you!! 💚💛